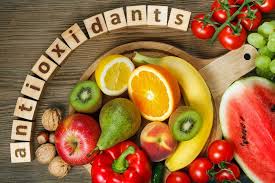 Antioxidants are protective molecules that neutralize the effect of free radicals.

Our bodies generate free radicals when converting food to energy, but they can also be generated through biological processes such as breathing and the action of sunlight on the skin and eyes. 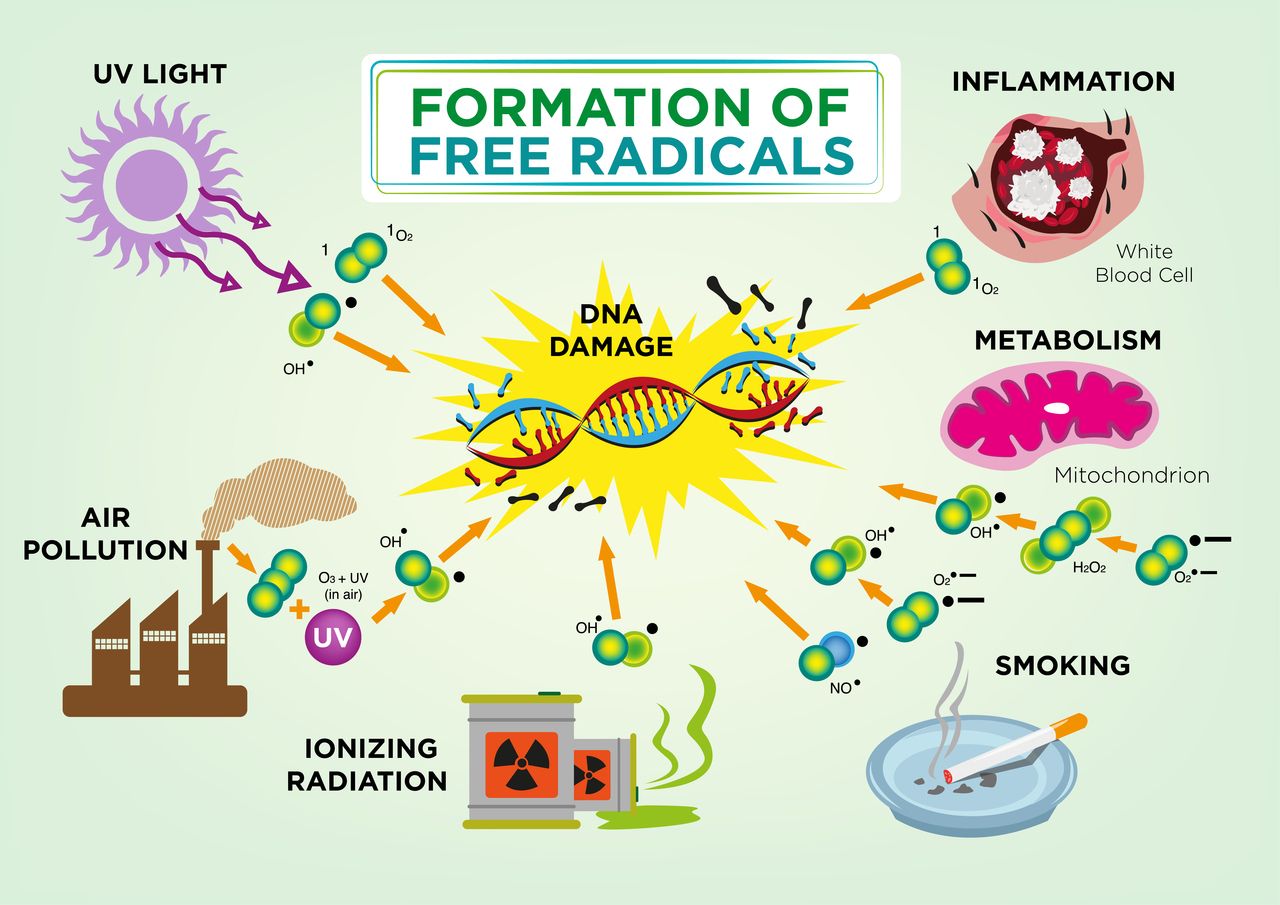 Atoms are surrounded by electrons that move around them in layers called shells. Each shell needs to be filled by a specific number of electrons. As each shell fills up, electrons begin filling the next shell. If an atom has an outer shell that has not yet been filled, it can bond with another atom, using the available electrons to complete its outer shell. These partially filled atoms are known as free radials or scavenger free radicals and they will do anything to fill the spaces, including stealing electrons from the body’s cellular structures, thus damaging DNA, proteins and cell membranes.

This damage creates the foundation for disease and accelerated ageing.

When oxygen molecules split into single atoms and have unpaired electrons, they become unstable free radicals that seek other atoms or molecules to bond to. If this continues to happen, it creates an imbalance, which starts a process called oxidative stress, which damages the cells of the body and accelerates ageing and disease.

As our bodies age, they become less effective at fighting the effects of free radicals.

This is part of normal ageing, but if this happens too quickly, degenerative processes are enhanced and the following diseases can occur:

An increased build-up of free radicals causes healthy bodies to age and deteriorate over time. We can’t stop the process, but we can slow it down with healthy lifestyle choices.

Although free radicals are produced naturally in the body, the following lifestyle factors can speed up their production:

Antioxidants, on the other hand are molecules that can safely interact with free radicals to prevent the chain reaction that causes cell damage.

Although their are several enzyme processes in the body that disarm free radicals, the principal antioxidants are vitamin E, beta-carotene, vitamin C and selenium.

The body cannot manufacture antioxidants so they must be supplied in your diet. Antioxidants have the potential to improve or prevent numerous chronic diseases. 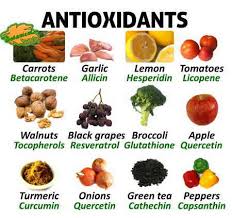 Many foods are rich in antioxidants, but the below list includes some of the major sources:

Listen to my interview with Brad Kirsten from Radio Cape Pulpit on 5 November to learn more.

Listen to my next interview on Thursday at 7.45am