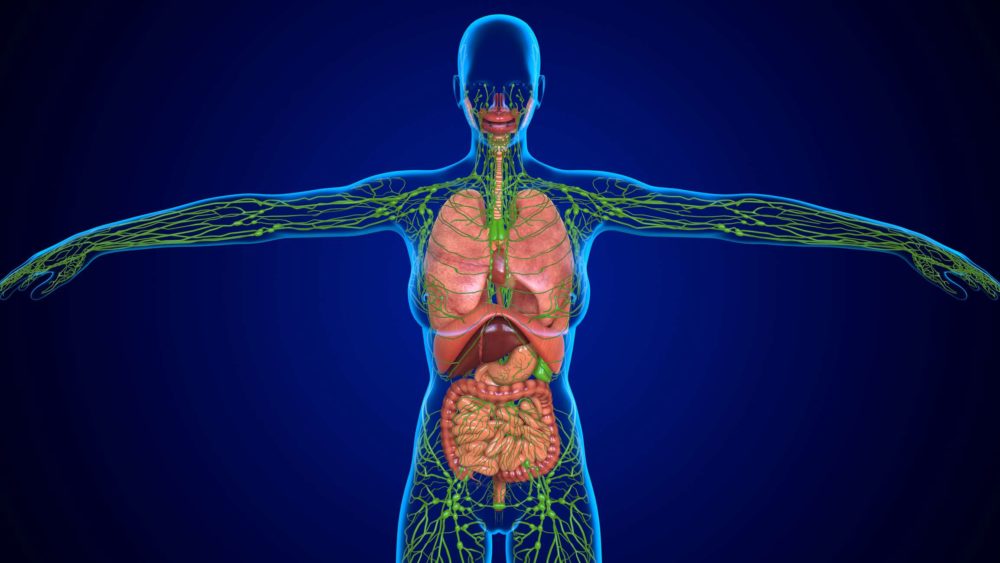 The lymphatic system is made up of vessels, lymph ducts, lymph glands, and organs such as the tonsils, adenoids, thymus gland and spleen. 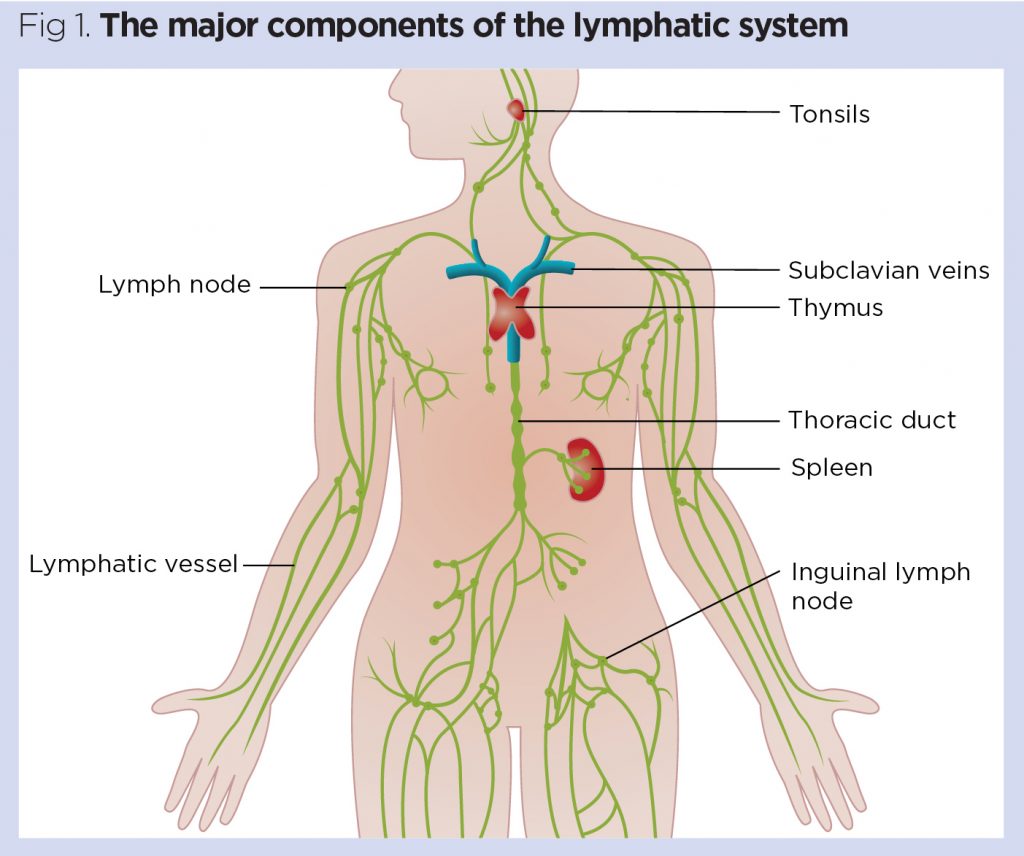 Lymph, which is a watery fluid, moves around the body via these glands and organs and contains white blood cells, called lymphocytes, which protect the body. Being a network of tissues and organs, the lymphatic system helps to get rid of toxins, waste, and other unwanted materials in the body.

Lymph nodes are scattered throughout the body and house large populations of T and B cells, dendritic cells, and macrophages which fight infections and are necessary for immune defense.

Lymph also gathers toxins and other foreign substances which induce an immune response in the body and makes antibodies which respond to various pathogens that could potentially make you ill. These are drained from tissues and filtered through the lymph nodes before being returned to circulation.

The lymphatic system forms a vital part of the immune system and provides defense against bacteria, viruses and other pathogens that lead to infections. Increasing the flow of lymphatic fluid allows for these to move through the body more quickly and improves immune function. 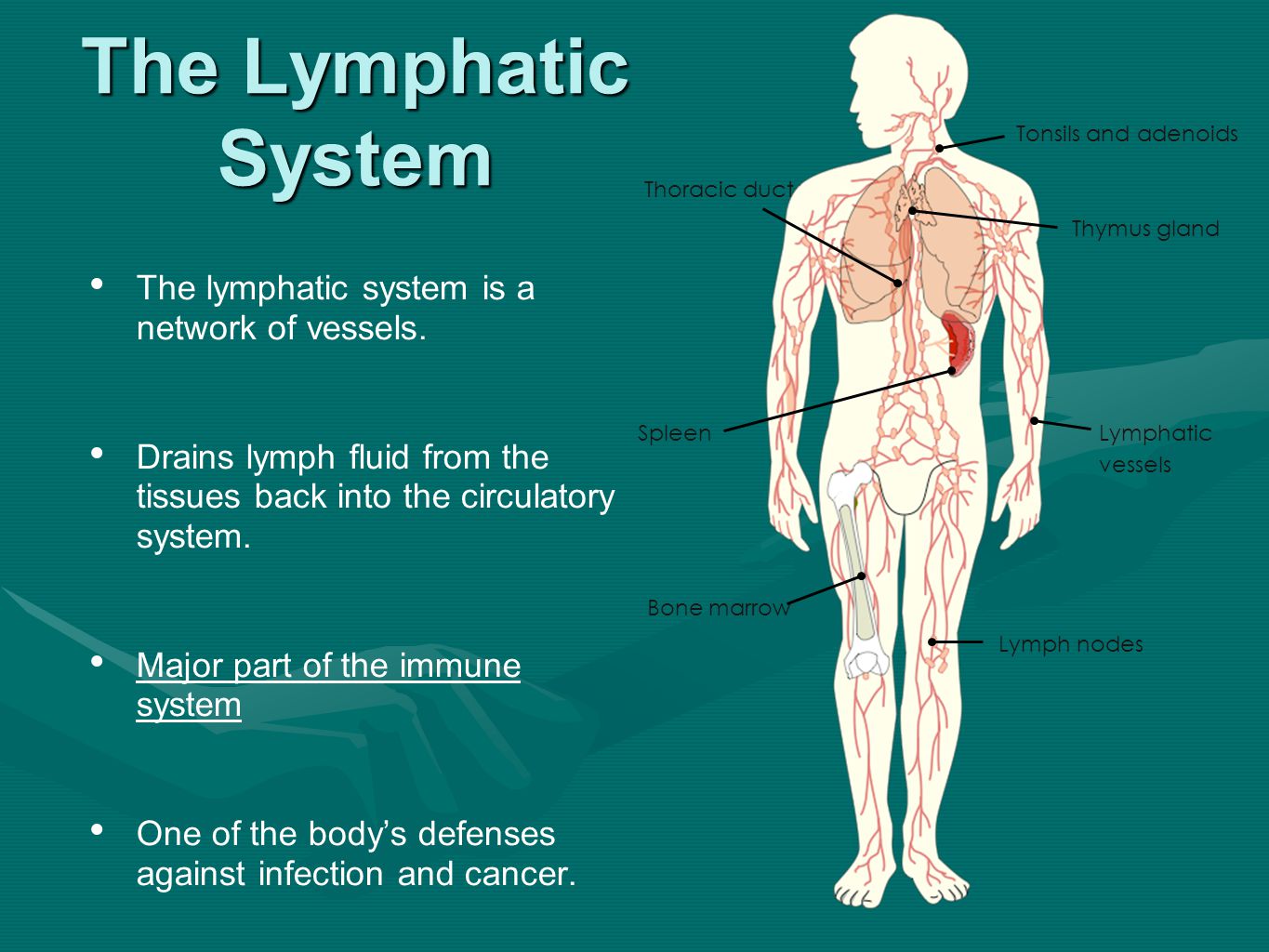 The cells of the immune system can travel between the lymphatic and circulatory systems, which are separated by interstitial space.

Sometimes lymph builds up or pools in this space and is not cleared effectively by the lymphatic system which can result in swollen or puffy ankles or feet.

Unlike the cardiovascular system which has the heart as a pump, the lymphatic system does not have its own pump, so it relies on healthy circulation and movement to move it around the body. Rebounding exercises, which can be done on a trampoline, are a very effective way to increase the lymphatic flow.

Rebounding is usually done on a trampoline and is an exercise that encourages healthy circulation, which moves the lymphatic fluid around the body and allows for toxins to be eliminated rather than accumulating in the body. Listen to my interview with Brad Kirsten from Radio Cape Pulpit on 19 August 2021 to learn more. Listen to my next interview on Thursday at 7.45am